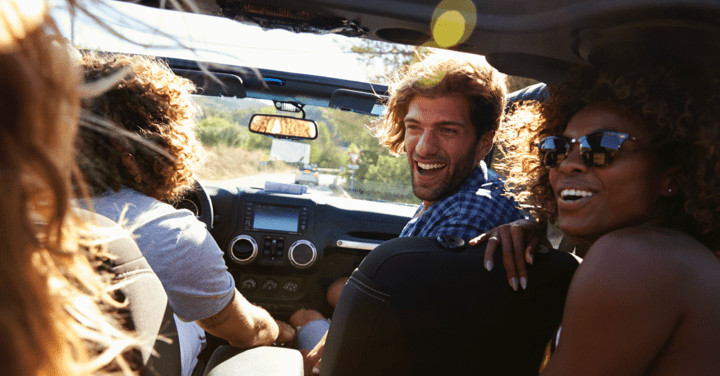 Picture it. You’re in the car for a long road trip, or you have to entertain your children for hours on end until you reach your destination. One of the best options for making time pass is to sing along to some well-known songs and put on your own in-car concert.

You know those fun, easy songs that everybody knows? We know that Disney songs and Taylor Swift are popular right now. But there are those ones you can’t help but belt out every time you hear them.

Having an online vocal coach isn’t always required when you want to express yourself and entertain your friends & family. All you have to do is enjoy the moment and have fun.

Below are the 12 best sing-along songs from years past that has everyone singing:

The eighties were a really popular time, especially for music. This hit by Madonna features a catchy tune set to organ music that is hard to ignore when you hear it. “When you call my name/It’s like a little prayer/I’m down on my knees/I wanna take you there.” Sing it, Madonna!

Made more famous by Mike Meyers and his crew in Wayne’s World, this song is the ultimate car sing-along, and not just because of the awesome head-banging bridge.

Everyone usually loves the break into the fast-paced part of the song that starts with “I see a little silhouetto of a man…” Even though most don’t know the actual words that come next, that never keeps people from jumping right in and giving the lyrics a try!

This is one of those fun chanting songs where certain “parts” have been added to the song, later on, to make more people want to join in the fun.

Even if you don’t succumb because you want to stay true to the original, it’s always still in your head when you get to the chorus and sing “Sweet Caroline” to hear the ‘duh, duh, duh…’ that so many people chime in with today. Coming to America is another one of Neil’s best that could be used instead of this one.

For some reason, songs about prayers were very popular in their time! This song from Bon Jovi features the undeniably catchy chorus. Everyone loves to belt out the “Whoa, we’re halfway there/Whoa! Livin’ on a Prayer” – and it’s hard to get that tune out of your head once you hear it.

A very uplifting song about “making it,” this one is a great sing-along for your entire family to enjoy.

If you didn’t know ABBA before, you likely do if you’ve watched the movie or seen the show, Mamma Mia!, as both feature all of the classic ABBA hits. This song has been redone a handful of different times, as well, because of its popularity.

The memorable tune to “You can dance/you can jive/having the time of your life…” is always a crowd-pleaser. Your car concert may result in busting out some sit-down “dance moves” when this song comes on.

6. I Will Survive – Gloria Gaynor

Even though this song may be more popular in the karaoke circle, it can be just as popular as a sing-along. Most everybody will know the lyrics right from the get-go, when they hear the opening line of “First I was afraid/I was petrified” they will usually jump right in.

The empowering nature of this tune gives people hope and inspires them to feel stronger, so it is really no surprise this song stands the test of time.

7. I Wanna Dance With Somebody – Whitney Houston

An ever-popular song, everyone knows the words to this catchy tune so you’d be hard-pressed not to sing along. There’s not much else to say about one of the vocal queens of her time. Though you may not be able to hit those high screech-like notes, that shouldn’t deter you from trying – you will definitely test your vocal abilities by singing this one at the top of your lungs!

This hit is a duet with lines of lyrics going back and forth, so this song becomes are a really fun sing-along where you can take on the male or female role.

It’s even more fun when you have a partner to sing this with you; even one who doesn’t really sing since the male part of the song speaks more than they sing!

9. Build Me Up Buttercup – The Foundations

Made even more famous from the movie There’s Something About Mary, this song is a great back and forth song like “Love Shack” where you can take turns and switch off on the repetitive lyrics.

Sing-along participants usually jump in on the “echo” portion of the song during the “build me up (build me up)/buttercup, baby just to let me down (let me down),” which makes for fun banter!

Even though this is a slower song, it is still one of the most popular songs for a sing-along. Especially at the end of the song where you repeat the “na, na na, na na na na…” to the tune’s unforgettable melody.

Honestly, any of the Beatles songs could make a great addition to this list, as they are extremely well known and fun to sing to!

Going back to the eighties, this song is one of those classic karaoke song go-to’s, as you can really get the crowd into it.

But this is also great for a long car ride, more particularly if it’s a “girls trip” car ride, as the lyrics are very suggestive about being alone with someone you love.

The penultimate sing-along song has to be this everlasting hit by Journey. Everyone knows the popular tune and loves the piano infused with the rocking guitar solos. This is a fantastic empowering song reminding you to “hold on to that feeling…” and those long drawn out climax moments of “somewhere in the night!” that people love to sing out.

Some other sing-along songs you can consider are Brown Eyed Girl by Van Morrison, Girls Just Wanna Have Fun by Cyndi Lauper and Piano Man by Billy Joel, just to name a few more. The next time you’re in the car for a long trip or just jamming out at home, be sure to tackle these songs to make your next in-car concert memorable and fun.

Tracy Reina
Tracy was an opera major at the Crane School of Music before changing gears to study music business. She became a producer at MTV Networks, working with and interviewing some of the biggest names in music. Currently, Tracy is the co-owner of Music To Your Home and runs the day to day operations. Tracy is knowledgeable in the areas of music instruction and has matched up thousands of our clients with our talented teachers.
All Posts by Tracy Reina 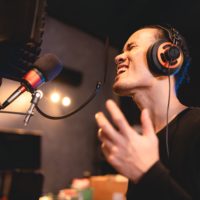 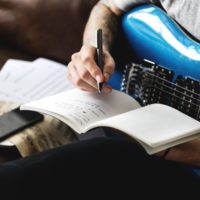 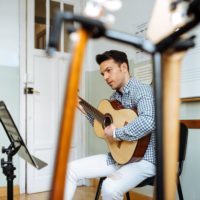