The rapidly changing Upper East Side

When I’m on the Upper East Side, I’m surrounded by culture. All of the museums, the park, the old brownstones, it’s no wonder I chose from this neighborhood. Though over the past few years, I’ve started to notice a shift in the establishments in the neighborhood, a tendency toward a more avant-garde styling. Maybe it’s because of the 2nd Avenue subway, or maybe it’s because now the Upper East Side is cheaper than many parts of North Brooklyn, but there’s change in the air, especially with regard to art and music.

Piano lessons a hundred years ago

In the 1890s, Erik Satie befriended Maurice Ravel and Claude Debussy, two of the greatest Impressionist composers, soon after Satie composed his famous Gymnopedies and Gnossiennes. As you probably know, Impressionism was already an established painting style so that the paintings of Manet and Monet were quickly giving way to the Post-Impressionism of Cezanne, Gauguin, and Van Gogh. Music typically follows behind painting and writing in its move toward new movements so it took another twenty years for these composers to incorporate the Impressionistic style into their work.

In the 1910s Satie was enrolled in Vincent d’Indy’s Schola Cantorum de Paris, studying counterpoint in his daily piano lessons. This was not Satie’s last foray into the baroque, either: in 1923, the Beaumont fete, known as the Bal Baroque, used Satie’s music as well as Picasso’s costumes to commemorate the ancien regime and the new restoration of an organ. Satie’s music is also called neoclassicism, for how it draws on order, rhythm and contrapuntal technique. The pared down instrumental forces in this musical style are a reaction against the Romanticism of the 19th century, whose absolute music lacked a musical narrative; while much of the neoclassicists’, such as Stravinsky’s and Satie’s music represented a story.

Although classical music is very different today than it was a hundred years ago, we have not lost our ties to tradition. While certain elements are rejected as stodgy, others are borrowed from older eras for being ahead of their time. The Upper East Side is a great place to feel history as well as the advancement of a new era, and that’s why Upper East Side piano lessons are the best in the city right now. 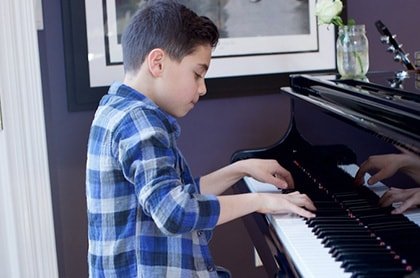 4 Reasons Why Your Child Should Take Music Lessons

5 Tips to Get You to Practice Your Instrument