Classical vs. Acoustic Guitar For Lessons

Whether you’re starting NYC guitar lessons or you’ve been taking them for a while, you may be thinking about getting a new guitar. A few weeks back we guided you through the best options for electric guitars, but if you want to stay traditional, you have two main choices.

Typically classical guitars are used to play classical music, while acoustic guitars are better for folk songs, rock, and blues. Classical guitars can be cheaper than acoustic, so in a sense they can be good if you haven’t yet taken NYC guitar lessons and you don’t know if guitar is something you want to stick with for a long time.

Fingerpicking has a lot of styles, though it’s traditionally associated with classical guitar, since in the days of yore, plectrums, or picks, didn’t exist. In most fingerpicking scores, the finger is indicated by letters that refer to the Spanish word for finger, p being thumb, i for index, m middle, a for ring, and c or e is pinky. Traditional classical styles include: i-m-i-m-im; i-m-a-i-m-a; p-a-m-i-p-a-m-i.

North American fingerpicking styles typically use the thumb to play the three bass strings and the other fingers to play the higher strings. The result is a bluesy sound that has its roots in African-American blues players trying to imitate the ragtime sound popular at the end of the 19th century. Today, it’s almost a standard style for acoustic guitar fingerpicking.

Ultimately, the kind of guitar you choose will impact how the kind of music you play. Having taken NYC guitar lessons in the past will definitely help you if you’re looking to buy your first guitar or your second!

How to Get Your NYC Kids Excited About Piano Lessons 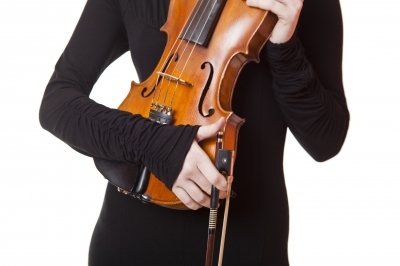 8 Reasons to Choose the Viola