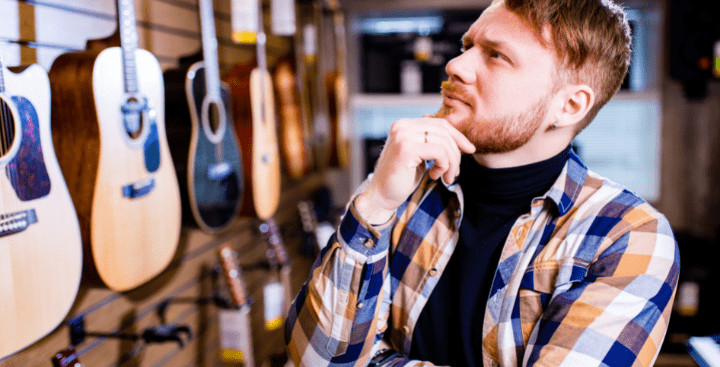 There is an easy, noticeable difference between a guitar, the electric guitar, or the ukulele, but what about the classical vs. acoustic guitar? There are options available for both styles and types of guitars.

If you’d like to understand which type of guitar is best for you, here is a breakdown of the similarities and differences between acoustic and classical guitars. They may seem similar, but upon closer inspection, you will find they can be vastly different, and the style of guitar changes depending on which you play.

There is a long history of distinctions between the two, but there are some crucial differences to consider when purchasing or practicing with either.

What is the Classical Guitar?

Classical guitars are referred to as the original guitar type. It may seem obvious, but classical guitars are utilized to play classical music, usually in a band or orchestra. It is a member of the guitar family and goes by another name, the Spanish guitar. It is an acoustic instrument, with the sound of the plucked string amplified by the soundboard and cavity.

By all means, a standard classical guitar is a type of acoustic guitar. It was the first-made guitar of its kind, so it gets a unique name due to its origin. The musical instrument evolved from the seventeenth and eighteenth-century baroque guitar.

The phrase “classical guitar” could also refer to the finger technique commonly utilized where individual strings are plucked with fingernails or fingertips. Sometimes it is called the modern classical guitar, or early guitar, and even the six-string early romantic guitar.

What is the Acoustic Guitar?

The acoustic guitar is a more modernly made guitar. The guitar contains the same components as a classical model, with a fretboard, soundboard, and sound cavity where strings are strummed or plucked to vibrate. The vibrations carry through the air and don’t require any electric amplification.

You can plug into an amplifier with an acoustic guitar to enhance the sound of your guitar and play many musical genres. Acoustic guitars are made for more rock, folk, and blues music rather than classical.

Classical vs. Acoustic Guitars: What are the Differences?

Classical guitars are always made up of nylon strings, while acoustic guitars use steel strings. The types of strings are how most people can tell the difference between the two types of guitars. Classical strings may be more than six (up to eight), but acoustic guitars only use the standard six strings.

There are many major differences between the two guitars. Looking at them, you may see a few obvious differences, but they still have many similarities. Go into a music store and see if you can see or hear what is the same and different.

So, how are they similar? Both guitars usually boast six strings (some classical guitars may have more), and both types of guitars are tuned to the same notes in succession: E-A-D-G-B-E.

Both guitars also have fretboards and tuning pegs. You use your left hand to pressure the strings against the fretboard for both guitars unless you are left-handed and need to strum or pick with your dominant hand. That, however, is about where the similarities end.

Can You Use a Classical Guitar as an Acoustic?

Classical guitars are a type of acoustic guitar, so you can use the classical in the same fashion as you would an acoustic one.

If you’re ambitious, it might be a good idea to learn to play each type of guitar for a bit and see how they feel different. You can make your choice more straightforward when you’ve had the chance to try them both out. Investing in the right guitar is a very important decision.

The biggest hurdle with nylon string guitars is that they are softer and easier to play. They can be a more preferred string method, but it takes longer and more consistent pushing on the strings to develop calluses on your fingers.

They are a right of passage to demonstrating your dedication to guitar playing. You will likely build your hand strength more quickly on an acoustic guitar since it requires more pressure.

Another difference you will discover if playing on both types of guitar is how you play. Classical guitars require more use of your fingers to play notes, so you’ll find that there are smaller fragments for the sounds when playing chords than the fuller, richer sound that comes from an acoustic.

Classical Guitar vs. Acoustic: Which One is Better for Beginners?

There is no telling which guitar is the best for a beginner. Choosing the guitar itself is a great first instrument to learn. Depending on your own preferences and comfort level, either type of guitar may work well for learning and playing.

Nylon strings are softer than steel string guitars, but that doesn’t necessarily mean a classical guitar is the best choice. Acoustic guitars are a great choice for beginners who want to put forth the effort to quickly master scales, chords, progressions, and chord changes.

Taking guitar lessons with an instructor is an excellent way to ensure that you will learn how to hold the guitar properly, exercise good guitar techniques, and pick up some easy guitar songs as a beginner. Take the first step to learning the guitar before you purchase one. Understand that it will take a long time to master the guitar, especially if you are a beginner.

Should You Buy a Classical or an Acoustic Guitar?

If you are seeking to buy your first guitar, a good idea would be to work with both types and determine which feels more comfortable for you. Try playing in different ways and see which might help you learn more quickly or be more fun.

You need to put forth a lot of practice, time, and effort to learn and advance your skills, no matter which guitar type you choose. At the end of the day, the choice between a classical versus acoustic guitar comes down to your personal preferences and playing style. 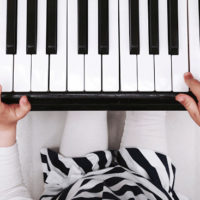 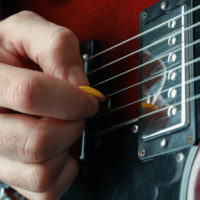