How Many Octaves Are On A Piano? 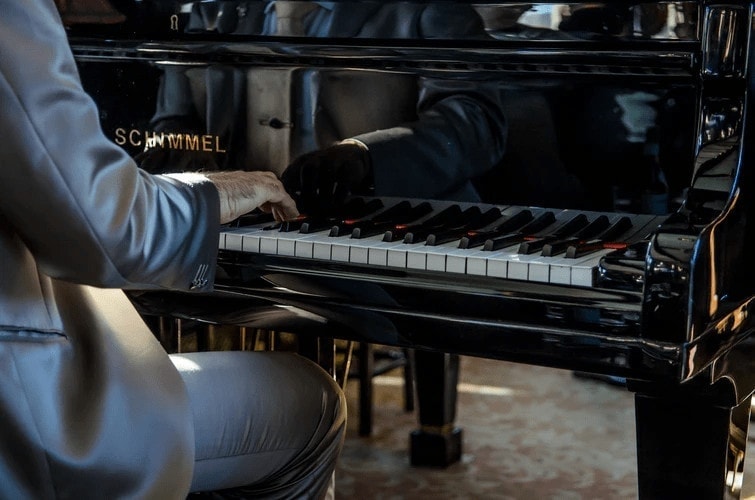 The piano is an excellent beginner instrument, and even though, at first glance, it can seem intimidating. You might have heard the term “octave” if you’ve ever taken music lessons or sang in a choir.

A standard or upright large piano, also known as the 88-key piano – containing 52 white keys and 36 black keys – typically has seven and one-quarter octaves. Seven and one-quarter sounds a bit strange, but it showcases seven full octaves and three extra keys. Those additional notes are B-flat, B, and C.

The first thing you should know about octaves: the word “octave” comes from the Latin word ‘octo’ meaning ‘eight,’ so the octave is defined as a series of eight notes when referring to a piano, and there are two kinds of octaves, the interval, and the scale. For example, if you’re looking at it by notes starting with your right hand and starting with a middle C, by the time you get to the following C note, you’ve gone a full octave in the major scale, so you’ve moved up in range. That next C note would be an “octave” above the initial one, which ties into the octave as an interval of eight notes apart.

If you start on the lowest note of a traditional piano, it would be an A. Upon following up the scale, you would fire seven more of those A notes, making seven full octaves.

Even though you would find it on a standard piano, many digital pianos are utilized today since they are easier to move and handle. Many of them even mimic a real upright or grand piano. These pianos, however, have variations on how many octaves they may display. In this article, let’s explore a little history of the standard piano and range of the piano, some of the more digitized instruments used today, the number of keys per type, and what number of octaves they each contain.

THE HISTORY OF THE OCTAVE

The first piano that was ever recorded in history was invented by a man named Bartolomeo Cristofori. The actual date is not known, but some of the oldest-dated acoustic pianos were from the 1700s. Johann Sebastian Bach was critical of the early pianos then, and innovations soon were made to meet the demands of such composers for more range and sustain of sound.

Soon, Broadwood, the known manufacturer of early pianos, eventually obtained better strings, and the piano sound evolved. By Wolfgang Amadeus Mozart, pianos that initially had only five octaves had seven octaves or more. Those extra notes helped composers to write on larger scales and pianists to play with new sounds. Piano makers soon achieved the innovation of the grand piano in the year 1777 and were played by such great artists as Joseph Haydn and Ludwig van Beethoven.

The small pianos have 49 piano keys with four octaves. These are basic, digital keyboard instruments and specifically designed for beginners who may want to learn the fundamentals of music and play the piano at a cheap cost upfront. These pianos are mainly intended just for practice, not for any actual live piano playing or performance. They are also not designed for longevity, and most people tend to outgrow them and graduate to more extensive pianos.

The medium pianos consist of 61 piano keys with 5 octaves and are the more suited pianos for those learning to play the piano. This size is typically what manufacturers make in electronic piano keyboards, and many musicians and voice coaches tend to utilize these types of pianos for their studios. They are decent enough for practice and work well for music lessons.

The Medium-Large pianos are more utilized by serious musicians, with 76 piano keys, six and a half octaves. These can be used to learn how to play and for more advanced skills with the piano. Many digital pianos in this realm have the look and feel of a large piano, with weighted keys for touch sensitivity.

The next step up would be a full-size piano with 88 piano keys, also known as large pianos. The Grand piano is also known as a large piano and contains up to 96 keys, so there are multiple extra keys for playing. These pianos are utilized primarily for live concert performances.

Many musical instruments demonstrate octave ranges, but they are not as massive or complexly constructed as the piano. For example, when learning to play the guitar, you understand where to place your fingers on the strings to create the sounds you want, or with woodwind instruments, you use your mouth to create the sound and your fingers over the correct holes to make lower notes or higher notes. Most of these musical instruments have only a handful of strings or holes to work with.

Learning octaves on the piano demonstrates the octave range, which is what many singers use. Mariah Carey was infamous for her vocal range, which went a full seven octaves due to her ability to reach whistle tones, which are the highest notes found on a traditional piano. She also reached lower notes, which demonstrated an awe-inspiring wider range than most other singers.

OCTAVES FOR PLAYING THE PIANO

So you may have the question, “Do I need a piano with all 88 keys for playing or practicing?” The short answer is no; you don’t. Most medium-sized electronic keyboards, modern pianos, or digital pianos will work just fine and do not cost much money for playing and practicing the piano if you are taking lessons. You don’t need to spend a fortune on a full-size or standard modern upright piano as long as you know how many octaves it has and where the end of the keyboard cuts off for further octaves.

It would be helpful to keep in mind that some piano music may require all 88 keys, so you may have to compensate when practicing. However, as a beginner, having fewer keys will make it easier to identify key signatures and octaves when working on your music theory, so investing in smaller pianos makes more sense. As you progress in your piano lessons, you can look to invest in a piano that has more keys if you so desire to practice with different ranges and different notes.

If you want to learn how to play in octaves to help you with more challenging songs, you can alternate between playing a low, single note on the right hand and then the high note, one octave up, on the right hand. If this is difficult, you can start with a shorter span or use both the left and right hands.  With a little bit of practice, you will begin to increase your stretch. Soon you will be playing both notes alternating on just one hand, and then you will be able to move your hand up and down the notes in octaves. Also, as you practice frequently and get better at stretching your hands to play the octaves, you can increase your speed to give yourself another challenge.

Are you interested in learning more about playing octaves on the piano? Working with a music teacher or piano teacher online or in-person can give you the skills you need to know how to play and practice, even for complete beginners. Whatever piano you decide to practice with, as long as you keep the longevity of your piano and the octaves in mind, you will be ready to tackle this marvelous instrument. 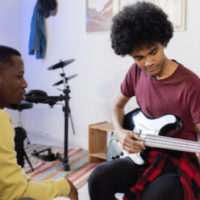 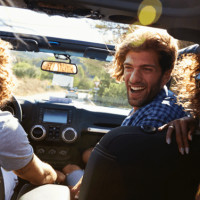 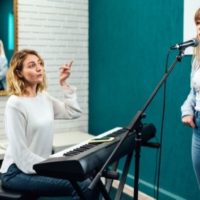