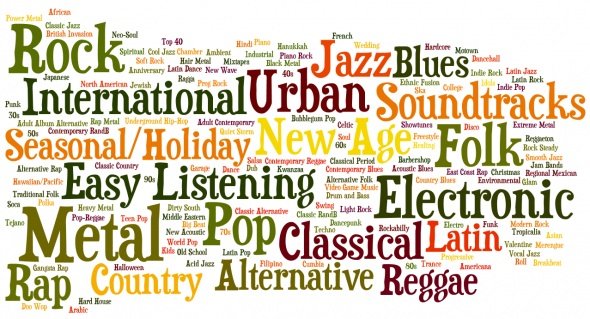 What Do Musical Genres Really Mean?

For time immemorial humans have classified music as one style or another. But it wasn’t until the second half of the 20th century that pop culture led to a proliferation of musical genres. Today, if we look at a genre like Electronic Dance Music, its sub-genres are so extensive that there is an entire Wikipedia page dedicated to the many different types, from ambient dub to UK funky. Not only do these different sub-genres sound different, but they inspire different kinds of crowds at concerts, with different activities typically associated with their music.

At a certain point, though, we have to wonder. Are these genres really worth of differentiation? Do kids taking guitar lessons really want to grow up to play Nu-gaze? Maybe. But it’s more likely that the media and record labels put adjectives on bands and artists in order to define and sell their music.

Genre as a Rule, and an Exception

That said, there are other bands who take a genre and completely own it, becoming representative of that kind of music. What would Heavy Metal be without Metallica, or Chillwave without Washed Out? Some of the best bands upend a genre by starting out as representing their genre, only to add more to their repertoire as they grow artistically. The result is that these bands expand the boundaries of what kind of music they (and their associated genre) can create and represent.

In this sense, genre can be a starting point, especially for young artists entering their first band, or taking more advanced lessons in NYC. Say, if you want to specialize in playing blues guitar, playing blues scales is a great way to begin. If you’re truly serious about being a blues guitarist and you find yourself in a band, releasing albums, there may come a point where you define your music based on what you perceive as the limits of the genre of blues, which to others may be far outside what they had previously considered representative of a style associated with pentatonic scales. But ultimately that’s what it means to be an artist—to expand boundaries and present different viewpoints. So keep playing, and don’t let genre dictate what kind of music you play, unless, of course, you’re just starting and you need a marker to begin.