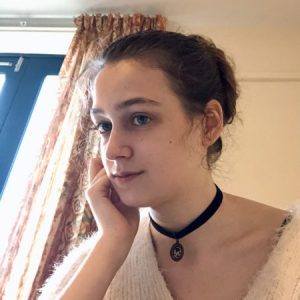 Adele has been surrounded by music her whole life; her mother played Mozart before she was born, and her earliest memories include attending orchestra concerts with her parents and listening to her father play “Beauty and the Beast” on the pump organ. She began playing the piano at age 7 and the clarinet at age 9, and has continued her classical education with these instruments for 15 and 13 years, respectively.

When Adele was in high school, she had the honor of playing with The Bridge, a binational youth orchestra made up of students from El Paso, Texas and Ciudad Juárez, Mexico. The Bridge showed her firsthand that music is powerful enough to overcome cultural and linguistic barriers.

Adele received her B.A. in music and literature from Sarah Lawrence College, where she graduated with four music awards, including the title of Undergraduate Presser Scholar. While at Sarah Lawrence, she studied four instruments – the modern piano, the clarinet, the harpsichord, and the fortepiano – under the primary tutelage of Marin Goldray. She spent her junior year at Oxford University, where she studied a variety of music from Renaissance Italy to Stalinist Russia.

Adele is currently studying harpsichord tuning, maintenance, and performance with Robert Turner and Carsten Schmidt. She works part-time as a fortepiano tuner and technician at Sarah Lawrence. She has passionate and eclectic interests across the scope of the many centuries constituting “classical music”, and cannot wait to pass her knowledge and love of music on to you.

Book an Online Lesson with Adele