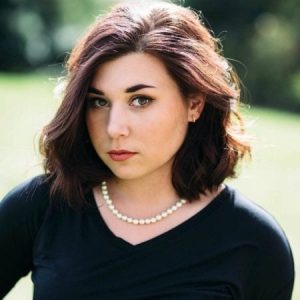 Noted for her flexibility and expansive vocal range by the Post and Courier, Betsy P. is an operatic soprano based in New York City. Betsy comes from a long line of music teachers and has always been involved in cultivating a love for performance and a passion for the details in musicians of all ages. Originally from San Diego, CA, Betsy began her musical studies with the violin 18 years ago with esteemed teachers Ella de la Housénne, later Paula Simmons, and most recently, principal second violinist of the San Diego Symphony,  Alex Palamidis. Throughout her career as a violinist, Betsy has played in string quartets at various events including weddings, funerals and corporate gatherings as well as performing with a Beatles/Rolling Stones tribute band, a gypsy jazz band, local folk, punk, and bluegrass bands as needed, and as a sample violinist for Pacific Records. Her vocal studies began with Pandeli Lazaridi and the San Diego Small Opera about 15 years ago, since then she studied with Mark Moliterno, founder of the Yoga Voice program, and is currently studying with William Burden, acclaimed tenor and master teacher.
Recently, Betsy piloted an outdoor concert experience in remote, forestal valleys performing the works of Alban Berg, John Cage, Franz Schubert, and Jim Townsend. In May of 2021, Betsy released her debut album of Alban Berg’s Sieben Frühe Lieder with pianist Jim Townsend and launched it with a performance hosted by beloved venue, The River House. Betsy’s most recent operatic roles include, Noémie in Cendrillon, Silvana in A Flourish of Green, Pamina in Die Zauberflöte, Susanna in Le Nozze di Figaro, and Elisetta in the Spoleto Festival USA’s performance of Il Matrimonio Segreto. Betsy also has performed frequently as a soloist with orchestras singing arias such as “O Luce di Quest’anima” and “Quel Guardo il Cavaliere.” Betsy’s most recent performances and work as a violinist focus on the roots music of Appalachia. She spent the past year studying, learning, and performing mountain music that predates the civil war with experts and grammy nominated performers to better appreciate and engage with this style. She performs regularly with bands but still maintains her classically trained sensibilities as both a singer and a violinist/fiddle player. Betsy is also a respected choral singer as a touring member of the Westminster Choir, a contracted choral singer for the Philadelphia Orchestra with conductor Yannick Nézét-Séguin, and choral performer for various New York Philharmonic performances including the Mozart Requiem, Handel’s Messiah, and Beethoven 9. She is also a well respected church musician with a certificate in expertise from Oxford University’s St Stephen’s College in the Anglican choral tradition. Although Betsy is a classically trained violinist and vocalist, her interests and expertise in style are wide reaching and she is happy to teach in those genres as well.