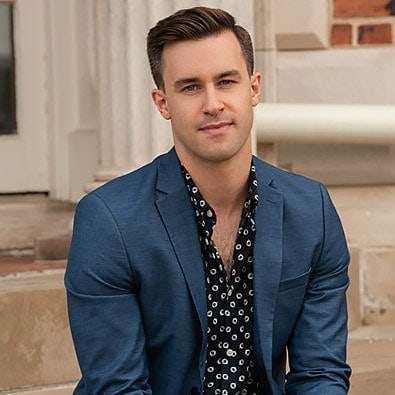 Christian has been teaching piano and voice for the past 8 years. As an Artist in Residence at the Strathmore Music Center in Washington, DC, Christian developed and taught masterclasses and workshops in musical theater performance and songwriting. While developing a foundation in technique and theory in his lessons, Christian is passionate about keeping a love of music at the forefront of his teaching, always seeking what moves and inspires each student.

BM Vocal Performance from the University of Maryland, College Park

Christian D. is a multifaceted singer, songwriter and theater performer. From singing the iconic “Nessun Dorma” for the President of Italy at the White House, to performing as Jack Kelly in Newsies at Arena Stage, to everything in between, Christian has been recognized as a vocal and stylistic chameleon.

Christian studied classical singing at the University of Maryland and upon graduating, auditioned and won a spot as a tenor in the United States Army Chorus where he spent four years singing for dignitaries, presidents and foreign leaders in Washington, DC. In 2018 he was awarded one of the top prizes in the prestigious international Lotte Lenya Vocal Competition and was a finalist in the American Traditions Vocal Competition the following year. In 2019, as he prepared to leave the Army, Christian began to make quick strides in the musical theater scene in the D.C. area, garnering attention from Tony Award-winning regional theaters like Arena Stage and Signature Theatre. He has performed the role of Jack Kelly in Newsies at Arena Stage, Tobias Ragg in Sweeney Todd, Eddie Birdlace in Dogfight and was featured in the pre-broadway world premiere production of Gun & Powder at Signature Theatre, with the acclaimed Broadway director Robert O’Hara. Christian is currently featured in Signature Theatre’s 2020-2021 digital season in the Signature Vinyl concert and in the Off-Broadway hit Midnight at the Never Get, premiering in April 2021.

Christian discovered his love of music at age four at the piano, and later through his voice in middle school choir. At age twelve, he began to explore the world of songwriting, putting his youthful emotions into written verse and searching the keys for the harmonies and melodies that would become the seeds for his first songs. In 2018, Christian recorded and released his first EP of original music, Lonely Paradise, and will debut his first full length album in March 2021 entitled Inside Voice. In 2019, as recognition for his skill as an artist and songwriter, he was selected as one of six featured Artists in Residence at the Strathmore Music Center. During his residency he was commissioned to premiere a new body of work, curate two full-length concerts of original music, and design and lead workshops is songwriting and musical theater.