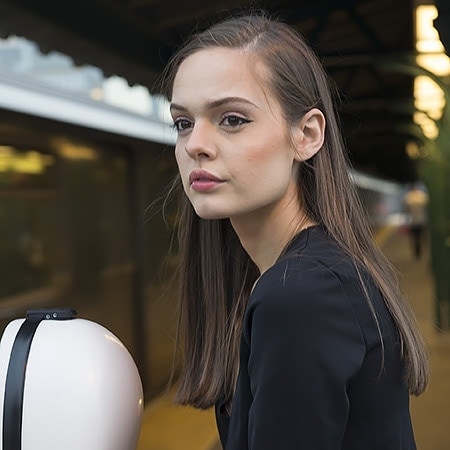 Several years building her private studio in New York City, as well as extensive experience teaching middle-school and high-school cellists. She is dedicated to teaching students of any age and level of experience, from complete beginners to advanced musicians. Georgia teaches a combination of Suzuki and traditional methods in order to prioritize the highly individual needs and interests of each of her students. She offers cello lessons in both French and English.

French-American cellist Georgia B. is an active solo, chamber, and orchestral musician who has performed across the USA and France as well as in Germany, Canada, and South Korea. She made her solo debut at fifteen with the Louisiana Philharmonic Orchestra and performed the first movement of Dvorak’s Cello Concerto with the orchestra two years later. An enthusiastic performer of contemporary music, Georgia has premiered a multitude of chamber works as a contemporary ensemble fellow of the Atlantic Music Festival and a member of Eastman’s Musica Nova and OSSIA ensembles. She is a Louis Moreau Institute for New Music Artist for the 2020 and 2021 seasons. Her aptitude for orchestral playing has led her to perform in the Rochester Philharmonic Orchestra, Miami’s New World Symphony, and more.  Georgia holds a Bachelor’s degree in cello performance from the Eastman School of Music and a Master’s degree from the Manhattan School of Music. Her principal teachers include Philippe Muller, David Ying, Ahrim Kim, Jeanne Jaubert, and Jee Yeoun Ko. She has performed in masterclasses for distinguished artists such as Yo Yo Ma, Ludwig Quandt, Jan Vogler, Peter Wiley, Yovan Markovitch, Edouard Sapey-Triomphe, Kazuhide Isomura, Daniel Phillips, and Ani Aznavoorian.