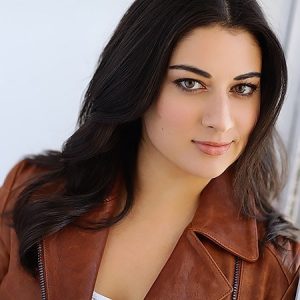 Canadian-American pianist Helen K. has been heard as a soloist with several major North American Orchestras. Described as, “Hands-down the most dynamic and exciting young pianist I’ve yet witnessed (Canadian conductor Victor Sawa, Saskatoon Star Phoenix)”, Helen is a two-time recipient of the major Canada Council for the Arts Professional Development Grant, an award given each year to a handful of Canada’s most promising artists. She has performed extensively throughout Canada, the United States, and Europe and has been supported in her recordings projects by FACTOR Canada, Canada’s main recording foundation.

Making her debut in 2010 with the Saskatoon Symphony, Helen performed Grieg’s Piano concerto in A minor to great acclaim: “Helen is a gorgeously expressive performer… the audience leapt to their feet at the end with applause and offered her an encore, a rare occurrence here.” (Saskatoon Star Phoenix) Two weeks later, Helen was heard in concert with the Regina Symphony orchestra in a performance of Liszt’s Second Piano Concerto. Another success, “Helen, an accomplished 23-year old Canadian pianist delivered an impressive performance of this challenging concerto, expressively eliciting the many musical ideas present in Liszt’s work from the piano.” (Regina Leader Post)

An avid teacher and performer, Helen has previously been a musician in residence at the Banff Center for the Arts, and has participated in festivals such as the Aspen Music Festival, the Banff Center for the Arts Piano Masterclass program, Toronto Summer Music Institute, the Amalfi Coast Music Festival (Italy), Music at Chateau d’Aix (France), Gijon Piano Festival (Spain), and the Interlochen Arts Camp.

Throughout her studies, she has had the privilege of working with some of today’s most revered pianists and pedagogues including Menahem Pressler, Robert McDonald, Julian Martin, Marc Durand, Paul Roberts, Choi Hie-yon, Inna Faliks, Antonio Pompa-Baldi, James Giles and Sara Laimon.