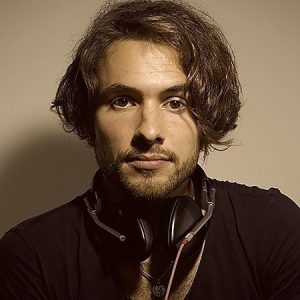 Henry is a Nord keyboard artist whose musicality and creativity has been shaped by many years of diverse musical experiences around the world. Starting in 2011, Henry began studying at Berklee College of Music until he joined hip hop artist Hoodie Allen’s national American tour playing keyboards. On tour, the band opened for Kendrick Lamar, was joined by G-Eazy and performed at venues such as Roseland, El Rey Theatre, and multiple Houses of Blues throughout the country. Soon thereafter, Henry moved to Seoul in 2013, deciding to further deepen the positive exposures to Korean culture he had received from his Korean bandmates while leading their band, “Enter Autumn” at Berklee.

In Korea, Henry continued pursuing his music career and became the first foreigner to have his or her music and music videos released by CJ E&M, one of Korea’s largest Kpop and entertainment companies. After a few years in Korea, Henry relocated back to the states in 2016 and moved to New York, where he began producing and composing both independently and at Electric Lady Studios for various artists in the city such as Taj Mahal’s daughter, Deva Mahal.

Most recently, Henry composed/produced/arranged the dark-funk soundtrack for a music film, “They Say It’s Wonderful,” shot in South Africa and set to be released in the summer of 2018. The work features a combination of original soundtrack compositions and drastically re-imagined interpretations of showtunes from classic Broadway productions, debuting between 1943 and 1957.

As a teacher, Henry strongly believes in the virtues of a multi-faceted music education. This means that training our ears and listening widely is just as important, if not more important, than solely focusing on exercising our fingers. Furthermore, Henry makes a point of learning about each of his students’ musical passions so that he can most sensitively and effectively help them find their own musical voice.