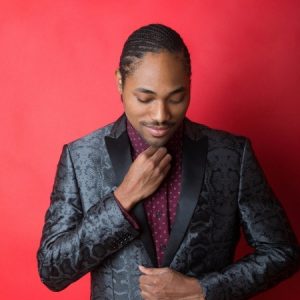 Trained in several styles of music, New York based pianist Jason F. has an eclectic background as soloist, chamber musician, and accompanist.

Jason has performed throughout Italy and the USA. Honoring his hometown, Jason played a special concert for the movie premier of The Peanuts Movie; attended by the former Mayor of Saint Paul. Jason proceeded to gain a Ferguson Scholarship to study at the University of Minnesota under Professors Elizabeth Wolff, and Dr. Paul Shaw (both alumnus of The Juilliard School). During his time in Minnesota, Jason was a selected student to be invited to the prestigious President’s Club Gala, where he gave a performance at McNamara Alumni Center. After years of practicing and auditions, he went on to obtain a named Frances Hall Ballard Scholarship at Manhattan School of Music, for the Bachelor of Music Degree in Classical Piano Performance, under concert artist Phillip Kawin.  By his second year at the school he was named to the Dean’s List for academic performance.

Frequenting performances in New York City, Jason recently made his piano debut at the world-renowned Steinway Hall. He has performed twice in the student-led Black History Concert at Alan M. and Joan Taub Ades Performance Space. Jason performed various vocal chamber works for instrumental and voice during his studies. He gave his live-streamed graduation recital at Harriet and Gordon K. Greenfield Hall, New York City. Pursuing his dream to perform in Italy, Jason followed his professor to study at the International Academy of Music, Garfangnana, where he gave numerous solo and chamber performances. He participated in the piano solo competition in Italy where he advanced to the finals. During his Masters, he received Encouragement Award from the National Association of Negro Musicians. Most recently, Jason performed at the Oculus at the World Trade Center.

Having successfully gained admittance to the Dual Performance/Education program, Jason is now working towards his Master of Music Education at Teachers College, Columbia University as a scholarship student.

Book an Online Lesson with Jason