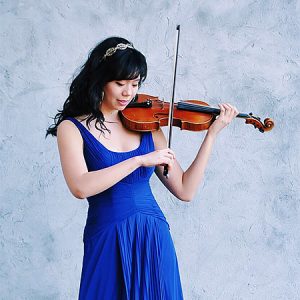 Jocelyn has acted as section leader in ensembles ranging from The International Chamber Orchestra to the Lincoln Center Chamber Players. As a teen, she was the youngest core member in the Mississippi Symphony Orchestra and concertmaster of The Belhaven Orchestra. She was also a member of Quartet Elektra, the quartet-in-residence at the 2015 Centrum Festival in Washington.

Jocelyn is particularly passionate about exploring the role of the arts in society. In her search for how to utilize the unique power of the musical experience, she founded and is the Co-Artistic Director of the Melita Ensemble Concert Series in New York-designed to highlight ties between classical music and traditional Catholic feast days. She was the 2017 recipient of the Tarisio Trust Young Artists Grant and the US Embassy Berlin Grant as founder of, “Concerts for Compassion,” a project designed to bring music of composers who faced adversity to both local communities and refugee camps in over twenty-five countries in Europe. As part of their upcoming tour, “Concerts for Compassion,” has 2018-2019 engagements in Africa, Europe, Asia, and South America. Jocelyn is also a founding member of The Collaborative Arts Ensemble, a performance group which strives to promote social understanding through interdisciplinary concert programs. She is also a regular guest motivational speaker at local high schools on topics ranging from goal-achieving, to the role of the arts in society.

In 2015, Jocelyn lead The New Juilliard Ensemble and gave the New York Premier of Miyuko Ito’s, “Floating Memories.” Besides her work in NJE, Jocelyn regularly premiers works by rising composers in the classical music world.

Hailing from the rich southern culture of Jackson, Mississippi, Jocelyn enjoys exploring how music speaks through different genres. She has performed with artists such as B. B. King, Rickey Minor, Blondie, Ben Platt, Eddie Cotton, Paul Overstreet, Brandy and Benjamin Wright. She also appeared on PBS’s show, “Reading Between the Lions,” as a violinist and actress.

For Jocelyn, music-making is the language of the spirit, and a striving for truth, beauty, and joy.