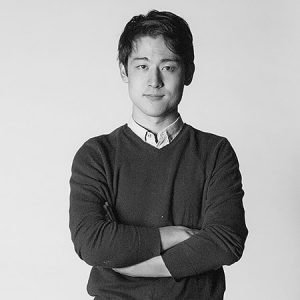 Kai is able and mostly willing to play several genres of music on the piano he is familiar with, but his primary specializations are jazz and classical. In the past, he’s won some awards in festivals
and competitions such as the West Virginia Intersection of Jazz and Classical Festival, the Rosalyn Tureck Fourth International Bach Competition, and the Celia Mendez Young Artists’ Beethoven Competition. Although he really enjoys playing in smaller house venues, he’s also been on bigger stages like the Weill Recital Hall in Carnegie Hall, Jazz at the Lincoln Center stage, and the Laeiszhalle of Hamburg.

As a composer, Kai was a recipient of Downbeat Magazine’s Undergraduate College Outstanding Composition for Big Band and the ASCAP Herb Alpert Young Jazz Composers Award for his piece Everybody is with Everybody Else, which was performed at the Jazz at the Lincoln Center in New York City. His piece, Two Novellas for Clarinet and Piano was a winner of both the National Federation of Music Clubs Student Composition Awards and the NFMC Emil and Ruth Beyer Composition Awards. He’s also had multiple opportunities to perform his own compositions around the country, most notably at the Society of Composers, Inc. National Conference at the University of Puget Sound, Washington, the SCI Student National Conference at Ball State University, Indiana, the North American Saxophone Alliance regional conference in South Dakota State University, the National Trumpet Competition in Denver, Colorado, and the Lied Center of Kansas.

Kai graduated from the University of Kansas with a BM in Piano Performance and Composition with distinction, and as a Presser Scholar. He is eternally grateful for his amazing mentors he’s studied under so far – piano with Dr. Scott McBride Smith and Chizuko Asada, composition with James Barnes, Dr. Forrest Pierce, Dr. Kip Haaheim, and Dan Gailey, and jazz with TJ Martley.