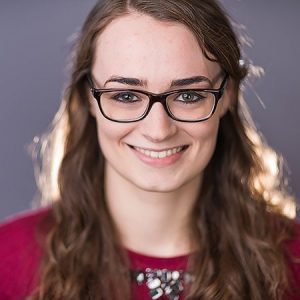 Originally from Cleveland, Ohio, Katherine is an active solo performer as well as chamber musician. She has performed at some of the world’s most prestigious halls including the Weill Recital Hall at Carnegie Hall as well as Boston’s Jordan Hall. Katherine has won numerous honors including NEC’s Piano Honors Competition and a second prize in the American Protégé competition.

In 2015, Katherine was awarded a grant from New England Conservatory to organize and perform in the Boston Women’s Music Project, a concert of chamber works written exclusively by women. This concert presented works by a diverse range of works spanning over 150 years, including student commissions, to expose the long history of women in music. The concert was a great success, and Katherine hopes to plan more projects like this in the future.

Katherine earned her Bachelor of Music degree from New England Conservatory in Boston where she studied with the chair of the department, Bruce Brubaker. She is currently enrolled in a Master of Music program at Mannes College of Music studying with Arkady Aronov. She has attended numerous music festivals including Eastern Music Festival, Zephyr International Chamber Music Festival, The John Perry Academy, Siena Summer Music, International Keyboard Institute and Festival (IKIF), and the Gijon International Piano Festival. Katherine has performed in masterclasses with Victor Rosenbaum, Wojciech Kocyan, John Perry, Jean Saulnier and many other notable pianists.