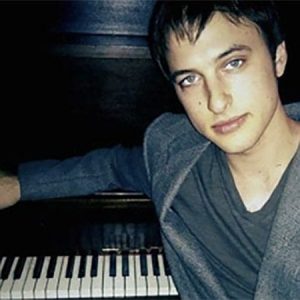 A native of Phoenix, Arizona, Ross started studying classical piano at the age of seven and was composing music by the age of ten when his father, a professional bassist, introduced him to music sequencing software that allowed him to create and record music on his personal computer. By the time Ross was thirteen, he had already composed two CD’s of all original material scored for piano, bass, drums, guitar, and horn section. In high school and early adulthood, Ross started to take interest in Jazz Piano and began studying with pianists Raul Yanez and Nick Manson. He went on to earn a full scholarship to Arizona State University, studying under the tutelage of Michael Kocour, graduating in 2015 with a Bachelors degree in Jazz Piano Performance.

While in college, Ross’s work, both as a pianist and composer attracted significant attention beyond the Phoenix area. In December 2013, Ross was Nominated for the American Pianists Association 2014 Cole Porter Fellowship. In August 2013 and 2014, he was the winner of the Arizona State University Student Jazz Composition Competition for the External Judges Choice category. In 2013 he won with a piece called “Forty-Two”, selected by Adam Benjamin of Kneebody, and in 2014 with “The Misodoctakleidist,” selected by Frank Carlberg of New England Conservatory.

After college, Ross worked primarily as a performer and music educator. Having gained notoriety as an educator, he was brought to NYC with a group of his students who had won the chance to participate in the Berklee City Music Annual Summit. In 2018, he relocated to Queens, and is now quickly establishing himself as a composer, pianist and educator in the New York City area. Ross is a passionate teacher who works with students of all ages and skill levels and creates custom lesson plans for every individual students’ needs.