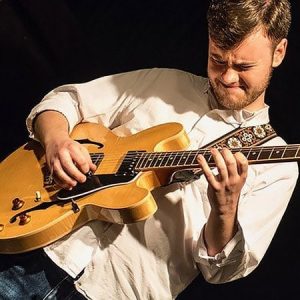 Sean was the first guitarist to attend the University of the Pacific as a Fellow at The Brubeck Institute. He performed and recorded with the BIJQ and visiting artists including Christian McBride, Stefon Harris, and Chris and Darius Brubeck among others. In 2015 he transferred to The New School for Jazz and Contemporary Music in New York City where he received his BFA in Jazz Studies.

Sean currently resides in New York City where he composes, performs and teaches privately. He will pursue graduate studies at the Manhattan School of Music in the fall of 2017.