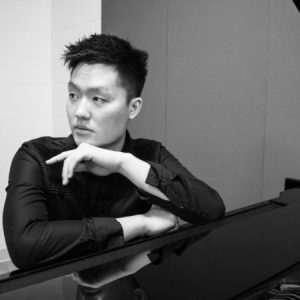 A native of Malaysia, Shun-Yeen began music lessons when he was three at the Yamaha School of Music.

Shun-Yeen is a recent graduate of the Manhattan School of Music with a Master’s degree in Classical Piano under the tutelage of Mr. Jeffrey Cohen. He is the winner of several prizes including the MSM Fuch’s Chamber Music Competition and 2nd prize at the Kuleshov International Piano Festival and Competition, among others.

Apart from solo projects, Shun-Yeen has performed with numerous singers and instrumentalists in duo and chamber recitals. He also collaborated in a project rediscovering and premiering unpublished music written by Missouri composers with works dating as far back as the 19th century. These composers include Rose O’ Neill, James Fahy and Will James.

In 2019, he made his concerto debut performing Liszt’s Piano Concerto No.1 with the Sedalia Symphony Orchestra (Missouri, USA). In that summer, he also performed the Grieg Piano Concerto with orchestra while participating in the Musicfest Perugia Music Festival (Perugia, Italy).

As a teacher, Shun-Yeen is dedicated to sharing his passion for music with his students. He emphasizes on building good habits and character on top of a solid musical education to ensure his students enjoy the process in making and sharing good music.

Book an Online Lesson with Shun-Yeen