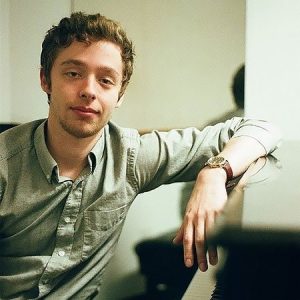 Theo is a professional pianist, improviser and composer originally from New Jersey, now based in New York.

He began studying classical music and improvisation from age 6. Through studying improvisation, Theo discovered a passion for jazz and began studying at NJPAC’s Jazz for Teens and Christian McBride’s Jazz House Kids. It was at this program where Theo was fortunate to have life changing experiences playing with Chick Corea, Dianne Reeves, Al Jarreau, and more. After graduating high school he moved to New York City to continue his studies at The New School for Jazz and Contemporary Music in 2014 as a recipient of the Provost Scholarship.

Theo began teaching in 2014 as an assistant for Jazz House Kids. Here he gained experience tutoring students of all levels privately in addition to co-leading piano masterclasses and film scoring classes. After his time here he formed a small private lesson studio working with students on a wide range of topics including basic piano, music theory, improvisation, jazz and classical repertoire.

He is a founding member of the Aurelia Trio alongside bassist Nick Dunston and drummer Connor Parks. In addition to Aurelia, Theo leads a septet who’s repertoire features his own compositions exclusively and ranges in influence from impressionism and romanticism to modern jazz while cross collaborating with visual artists.

Most recently Theo spent three months in Hangzhou, Zhejiang, China performing, composing and teaching in residency at the Huanglou JZ club. Since then he has relocated to Williamsburg, Brooklyn where he continues to write, perform and teach.

Book an Online Lesson with Theo