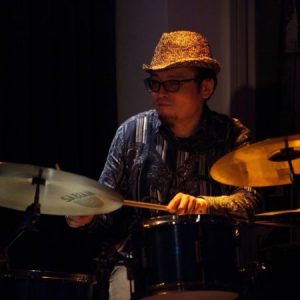 Growing up in Tokyo, Japan, Yuichi started playing drums in his high school days. He joined a wind ensemble, a jazz big band and several rock bands. He was featured on percussion and composition in the production of Othello at The Globe Tokyo Panasonic Theater in 1991.

After graduating university in Tokyo, he moved to Boston, MA to further develop his musicianship. At Berklee College of Music as a student with full scholarship, he received the Cuccinello Percussion Award and Berklee Percussion Department Achievement Award.

He moved to New York from Boston and while pursuing a master degree at The City College of New York, he played drums in Gershwin Song Revue concert at Aaron Davis Hall featuring the City College Jazz Ensemble.

Yuichi is currently based in the New York City metro area and he plays/has played at Blue Note, Birdland, Tomi Jazz, Arthur’s Tavern to name a few.

Book an Online Lesson with Yuichi