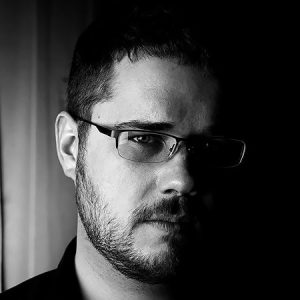 Jim was born and raised in Madison, Wisconsin. He began singing at a very young age, and took up clarinet and saxophone at 12. During his high school career, he competed in national and international concert band and marching band competitions. In 2004, his high school was selected for Lincoln Center’s annual Essentially Ellington competition, placing 3rd overall.

Jim attended the University of Wisconsin – La Crosse for his undergraduate degree, and began a professional teaching and performing career during his time there. During his seven years living in La Crosse, he taught a robust studio of students at all levels, and worked as a clinician at the middle, high school, and college levels. He was a long-term substitute at St. Mary’s university during the spring semester of 2011. He was also a prolific performer; working with jazz, funk, rock, reggae, and singer-songwriter groups all over the state.

After an initial stint in NYC in 2011, Jim worked for a short time on cruise ships, mastering a variety of high level, high intensity performing situations. These included extensive sight-reading, improvisation, and proficiency in nearly every style of music.

Jim moved to New York 2013 to begin his graduate degree studies at NYU. During his time there he worked with Dave Pietro, Billy Drewes, Mark Turner, John Scofield, Lenny Pickett, Alan Ferber, Rich Shemaria, Brad Shepik, and Billy Drummond, among others. He co-funded the group Plenty of Phunk, as well as his own jazz group during this time. He has recorded several times under his name and many others since graduating with his masters in Jazz Performance. He regularly performs around the city with various groups and many different styles and genres.